People come to our Pirkko Home-Liberation rehab centers looking for and hoping for a change in their lives that will allow them to break out of their addictions. We believe that God is the only one who can truly change a life, can truly give a NEW life, to those who come to Him. The goal for each resident in each Pirkko Home is a complete transformation - a renovation of the heart, soul, body and mind.

Here you will read some of the stories of how God has changed lives!

Our God is an amazing God who works extraordinary miracles in the lives of ordinary people. Dima Gusev is one of those examples, whose life is a living testimony of God’s miraculous restoration of that which had been hopelessly and mercilessly destroyed.

I was born into a typical family, in Dedovsk, near Moscow. My mother worked as a pharmacist and my father as an electrician. Mom originally came from a Christian family, but married an unbeliever - my dad. I had been in church throughout my childhood, but it was only superficial. Even though I was a different person depending on whom I was with - family, friends, church - there were no negative tendencies in me that really stood out… until my freshman year in college. After being accepted into an aviation technical college, step by step I started making decisions that led to my “new” life: cigarettes, alcohol, and drugs. Life seemed like a game.

However, as I was getting sucked in deeper into a life of drugs, everything started crumbling to pieces.I started having issues with school, but somehow was able to finish the technical college. I even transferred to an academy, but in a little while schooling just came to a stop. Issues with my family and my girlfriend started to arise. My life began to crack, but I did not understand that. My philosophy was that there was no life apart from drugs. Getting convicted and going to court as a result of stealing with my friends was my first serious warning. At that point it was difficult to hide how serious a problem drugs had become. The judge sentenced my partners to jail, but gave me a probation period. That sobered me, but not for long. My habits got the best of me and eventually I ended up in jail as well. I remember that when I was being taken away to be incarcerated, deep inside I was thankful to the police for stopping my mad lifestyle; glad that my previous senseless life was now over.

I was 20 years old, and my character was forming. I soaked in the rogue, “cool” lifestyle and mindset of prison. Jail didn't have too bad an impression on me, and I slowly began to relax. After some time, though, I started realizing the depth of evil that was present in that subculture: the inability to forgive, complete lack of sympathy, the holding of people responsible for every word they said. Conflict between the principles of this rogue lifestyle and of real life started becoming apparent. Behind bars everything was defined in terms of drugs and other goods that were considered valuable. Possession of those things could solve all problems. Romanticism of the tough prison life darkened, and I started yet another search for meaning.

The first person who happened to get close to me at that decisive moment in my life was a man who had lived a life of drugs and rehabilitation. I’m convinced that this was the time when God began to change me. We talked a lot about God and about our lives; we prayed and read the Bible. However, after he was moved to another jail cell, sin returned into my life. 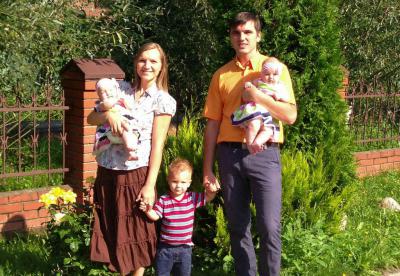 The following event made me realize my weakness. During the time of my incarceration I became physically unaccustomed to drugs and I expected life to be different once I was discharged. Not long before being let out, I was offered drugs about five times in one day, but I rejected them. Later, when I was sitting alone, I realized that if I was offered them one more time I’d give in. That put me into a state of fear. I saw that my hard work of self-improvement could be easily destroyed. It was with this feeling of an inward trap that I came back out into freedom. My friends greeted me and started making plans. Inside, though, I had a clear understanding that with them all that lay ahead would be drugs, jail, or my grave. I did not want any of those things.

Three days after being released I went to a Pirkko Home. I was met by some of my buddies from my drug-filled past, who were now ministers trying to help people like me. After some time I repented, but did not feel much, which discouraged me. When I started reading the Bible, however, I realized that it is an unusual book. I could relate to experiences that were described in it. It started to come alive to me. I began to pray and after a battle inside, God granted me true repentance. That’s when everything started to change. My mother repented three months later and we were baptized on the same day. I felt a calling to stay at the Pirkko Home, so I could serve there.

God blessed me with a wonderful team of helpers. We developed an effective program and gained personal experience by helping people. Over the past decade that I’ve spent working in this ministry, God has used me in wondrous ways. We opened ten new rehabilitation centers, some for women as well as some for men. God granted me a family -Natalia and I have been married for five years and we now have three children: Elisha, and twin girls - Mira and Mila. Besides that, in 2011, the Lord called me to be a pastor in a church in Dedovsk.

The desire of my heart is to serve those who are fallen and abandoned by all; to live out Proverbs 24:11, “Rescue those being led away to death; hold back those staggering toward slaughter.”

Konstantin Gavrichenko – Saved to Serve Others

My name is Konstantin Gavrichenko. I am now 40 years old. I was born in Zheleznogorsk (Kursk region) in a good, full-fledged family. Mom and Dad always tried to provide for our family and always taught me to be good. I grew up as an ordinary kid; I played sports and had good achievements. In 1992, I was drafted into the elite “Kremlin Regiment.”

When I returned home I got into a bad group of friends. Our desire was to get money and drugs by any means possible. But the time came when I realized that I was in bondage, and would not be able to quit by myself. Among my relatives and even friends there were no believers that could tell me what to do. I turned to doctors: twice I stayed in Drug Dependency Clinic in Kursk; twice in a rehab center in Orel (in a neighboring province), and once a huge amount of money was paid so I could go to the drug treatment center in Ivanovo, but upon returning home it all started again. I had no hope. I was just simply waiting for this hellish life to end.

One day a friend came to me, now one of my brothers in Christ, who was a drug-addict for 11 years; he told me that God delivered him from this horror. I believe that God can change people’s hearts, but I did not believe that God could touch my heart and help me. I had used drugs for 19 years, and all of the young guys that I was surrounded by just kept dying. Someone died every month, and the time came when I couldn't walk anymore - my whole body was in pain. In order to take drugs, I had to be lifted with the help of towels, and I knew that I had only about a week left. Then this same friend came to visit me; he had become a believer, and he said that I should at least die as a normal human. I agreed, and the guys took me to the Pirkko Home rehab center in Dyatkovo. I was very surprised that when the brothers prayed for me, I did not go through any withdrawals, which had happened to me multiple times in rehabs before. I felt the hand of God that healed me, and began to change my mind and my heart.

After finishing the rehabilitation program I returned home. By that time, a Pirkko Home adaptation center had opened in my city of Zheleznogorsk (led by Aleksey Dudikin), and I went and asked to help out with this ministry. On July 1, 2012 I entered into a covenant with God through water baptism.

God has blessed me abundantly. Now I have a family. I have friends who would not leave me in times of trouble, and we always try to encourage and help each other. And now, when I look back at my old ways of life without God, it feels like it was a horrible dream almost as long as my whole life!

May God bless us all! Praise be to Him forever!
Page 1 of 4 • 1234 • Next
About Us
Purpose
Team
History
Frontline
Reporter
What We Do
Rehab Centers
Prison Magazine
Radio Programs
Get Involved
Pray
Give
Go
Contact
Contact Us
Subscribe